Missouri and other U.S. states have learned many lessons over the past several years through misinterpretations.  Using unqualified sign language interpreters for the Florida press conference (Hurricane Irma) and at Mandela’s funeral in South Africa are just two examples that showed American and the world the vitality of certified qualified sign language interpreters.  Additionally, commissions such as the Missouri Commission for the Deaf and Hard of Hearing (MCDHH) have used their influence to educate their government on hearing impaired versus deaf. 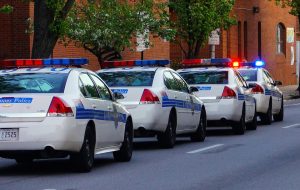 There are still many changes necessary for full acceptance and equality, but the Deaf Community has made strides in some state legislation terminology.  On June 1, 2018, Missouri joined several other states in their declaration of hearing impaired versus deaf:

“For the last several years, the code used to identify hearing loss on a license has been J88; however, many officers have not been able to identify this code quickly.  Under the new law, the code has changed from J88 to DHH for easier recognition.  Additionally, this legislation has removed the outdated term ‘hearing impaired’ from the corresponding laws.” – MCDHH

States that Have Changed their Legislative Terminology

*Each state constantly updates their laws, so this list may not be comprehensive.  List obtained from the Daily Moth.

Sign Language news media, The Daily Moth, shares their findings about states that have deliberated over hearing impaired versus deaf.

Posted by The Daily Moth on Tuesday, September 4, 2018

Change does not often begin at the government level.  There is a lot of behind-the-scenes advocacy that must happen first. You can take action yourself today by learning how to treat those who are Deaf or Hard of Hearing in your home, workplace, hospital, or simply out on the street regarding hearing impaired versus deaf.  Consider how you would want to be treated and why the words people use to describe you have an impact.